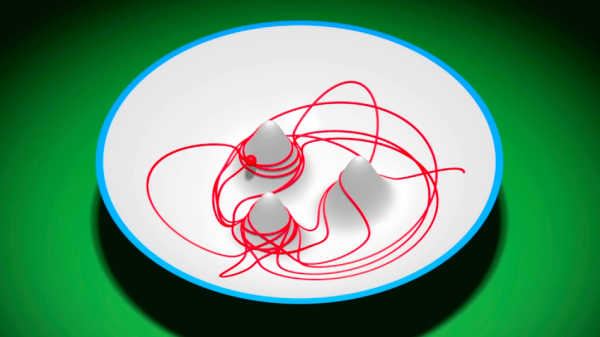 Studying the motion of celestial bodies is quite complicated, so lets's take a simpler example. The motion of a ball rolling in a bowl does not seem too difficult to understand, but if their are a few bulges in the bowl, then the motion becomes very complicated!

At the start of the 20th century, the science philosopher Pierre Duhem (1861-1916) described the work that the mathematician Jacques Hadamard (1865-1963) had published in 1898 under the title : On geodesics of surfaces with opposite curvatures. Duhem talks about a object sliding without friction on the head of a bull with infinitely long horns. A strange idea! 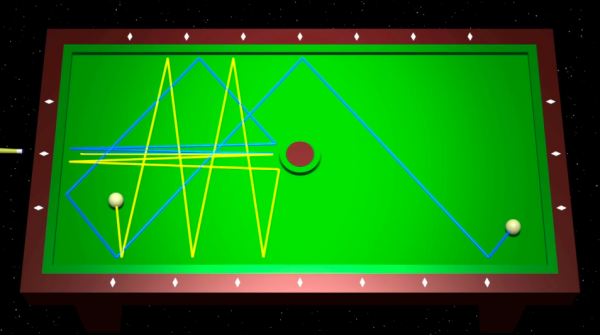 We try and explain Hadamard's ideas first on a simpler example : Take a billiard table with a circular obstacle. Two balls hit towards this obstacle can rapidly get very different trajectories, even though their initial directions were very close.

Now take frictionless table with three circular obstacles, A,B and C, arranged in a triangle. For every word with these three letters, for instance ABABCABC..., there is a trajectory that lets a ball bounce between the obstacles in the order of the word. (Repetitions like AA are not allowed of course). 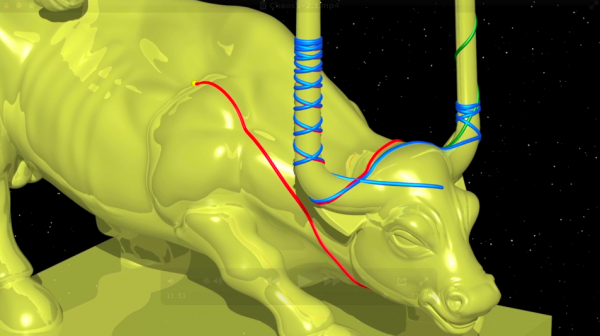 Here is part of Duhem's description of an object sliding on a bull's head:

« First, there are geodesics that close on themselves. There are others that, without ever coming back to their starting point never end up infinitely far away from it; some keep turning around the right horn, and others around the left […]; other, more complicated ones, alternate turns around one horn with turns around the other one, following certain rules[...]  On our bull’s head [...]
there will be geodesics that will go to infinity, one by climbing the right horn,
others by climbing the left horn,[...]  » 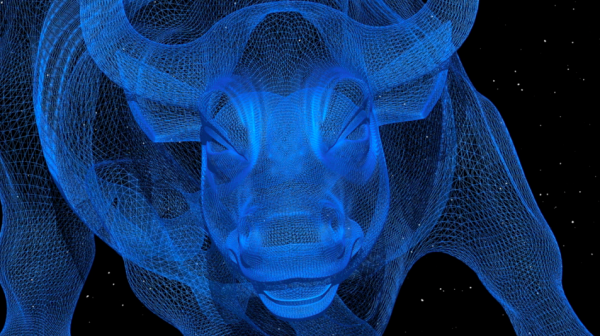 Two geodesics that set off in nearly the same direction can follow quite different paths. Duhem says it like this:

Notice the subtlety : the geodesic can be calculated mathematically, but this is of no use to the physicist.

There is a world of difference between theory and practice!