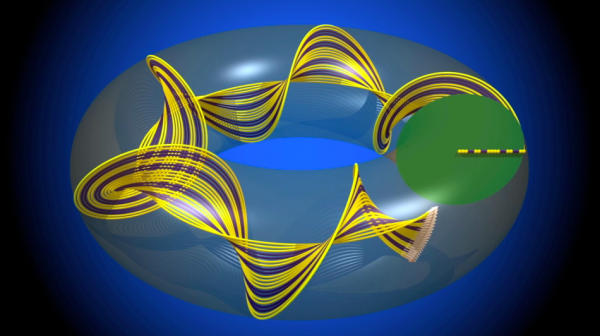 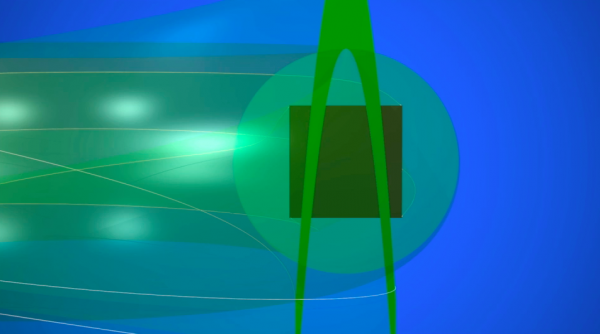 In the early 1960s, the young American mathematician Steve Smale (1930-...) was working on the beach of Copacabana when he made a discovery ...He discovered a horseshoe! Not a real one, but a mathematical object : a transformation combining a scaling and a contraction, but also a folding. It transforms a square into the shape of a horseshoe. 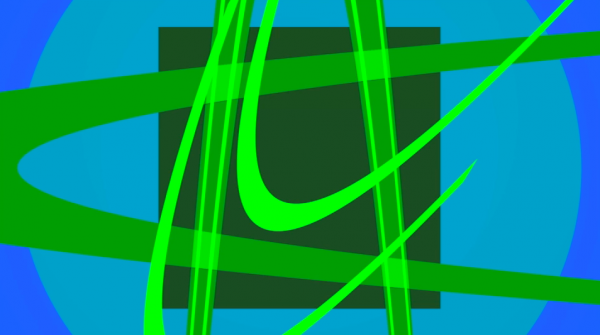 The dynamics of the horseshoe is very rich and continues forever towards the future as well as the past.The film shows a zoom into the horseshoe that shows how the structure is repeated endlessly. 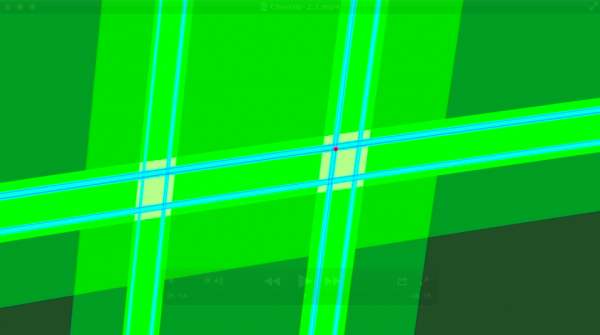 In order to understand the dynamics of this object, we call the two vertical strips A and B. It is astonishing to find that one finds almost the same results as with Hadamard's geodesics, and the three-obstacle billiard table. For every word containing only the letters A and B, there is a point that will follow exactly the sequence described by the word, even for words that are infinitely long! Everything is possible! A nice slogan for chaos! 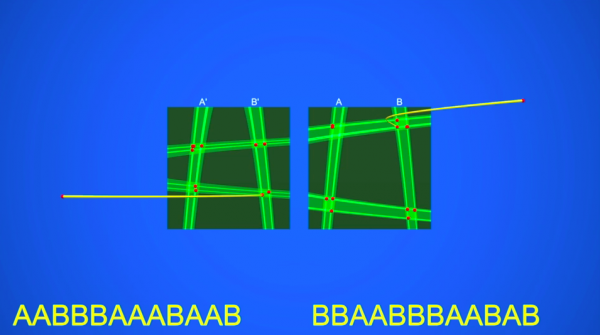 It gets even better : Smale shows that the horseshoe is stable. We can deform it, but the internal dynamics remain the same: the trajectories remain sensible to the initial conditions. Mathematicians call this structural stability. 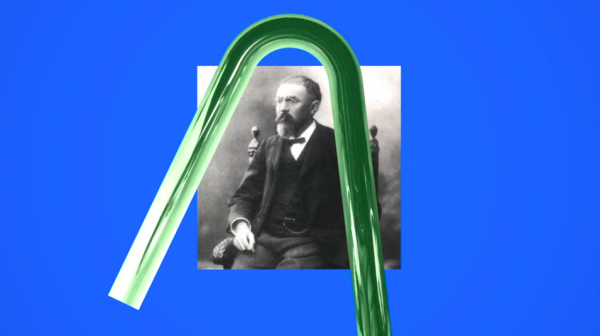 The coexistence of chaos, and hence the instability of individual trajectories, and structural stability, a global property, is absolutely remarkable.